PRIORITY WEEDS in the City of Blue Mountains, are plants that have the potential to pose a biosecurity risk to human health, the economy, the livability of our city and the environment. In NSW, the administration of priority weed control is a State Government responsibility under the Biosecurity Act 2015. The Act is implemented and enforced by the Local Control Authority (LCA) – Blue Mountains City Council

The revised version provides some great improvements including images of all species targeted by Council on private lands for identification. This includes an easy to use colour-coded guide showing the various control measure/s for each State, Regional and Local Priority weed, which coincides with the herbicide guide at the back of the booklet. There is also an easy to read flowchart of Council’s inspection process for you to better understand how it works. A truly valuable resource for the backyard gardener treating an odd weed here or there, volunteers working on their Bushcare sites or to the professional bush regenerator contractor alike. 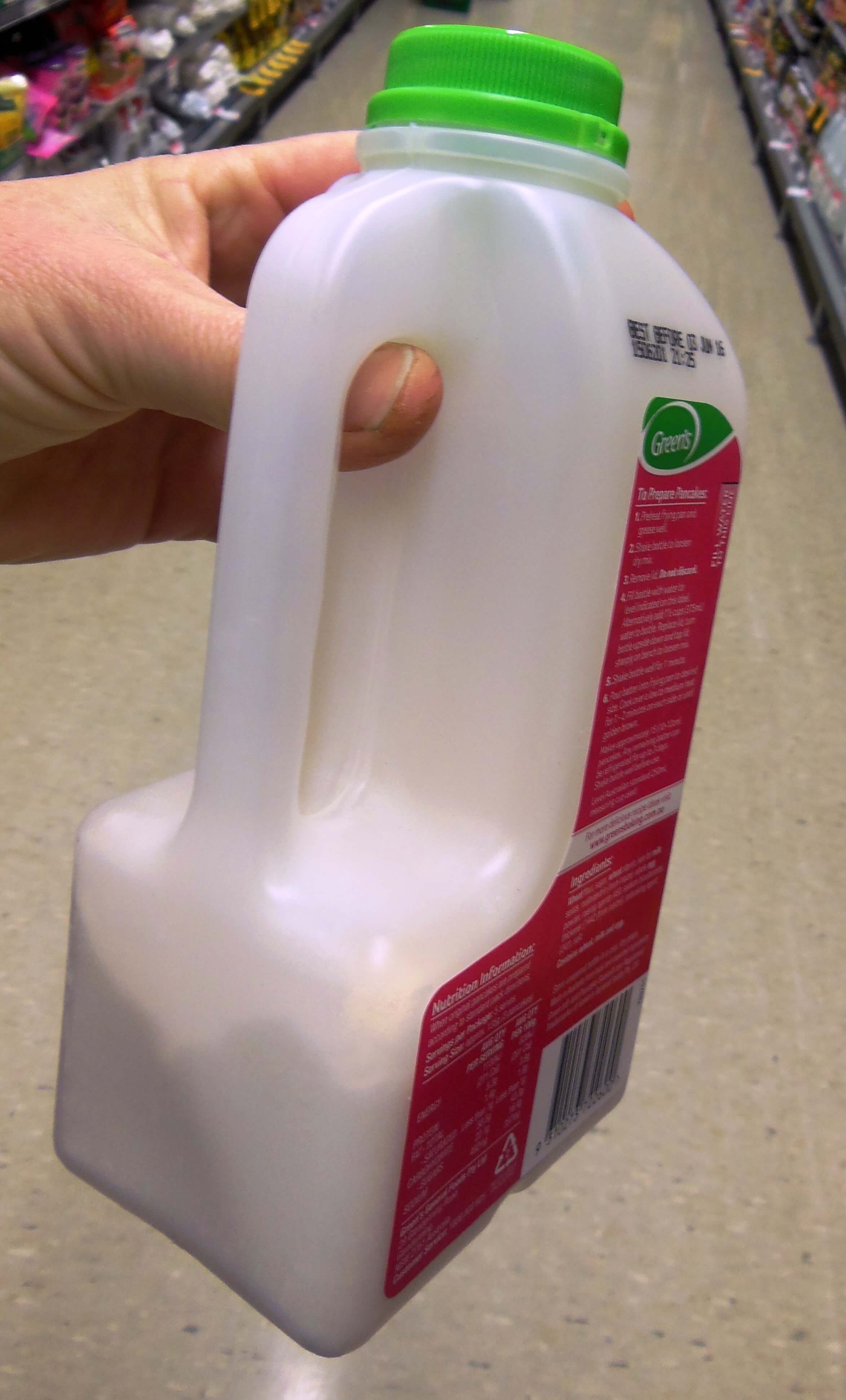 Does anyone have surplus containers that are around this size?

We are looking for a bulk load of herbicide bottle holders as our supplies have run out. If you have any that we can collect either bring them along to Bushcare and if you are not an active member of a group at the moment call us at the office and we will collect.

Thanks for keeping us from having to eat lots of pancakes!

It is not often we spare a thought for the humble snail but they play a vital role in recycling nutrients and keeping our bushland healthy. We are lucky to have over a dozen native species including the bizarre Carnivorous Snail and our very own Blue Mountains Land Snail.

We are all familiar with the introduced Garden Snail (Cantareus aspersa) so it’s heartening to know that none of the local native snails will eat your vegies. Instead they are fascinating native creatures which do us and our bushland a service. 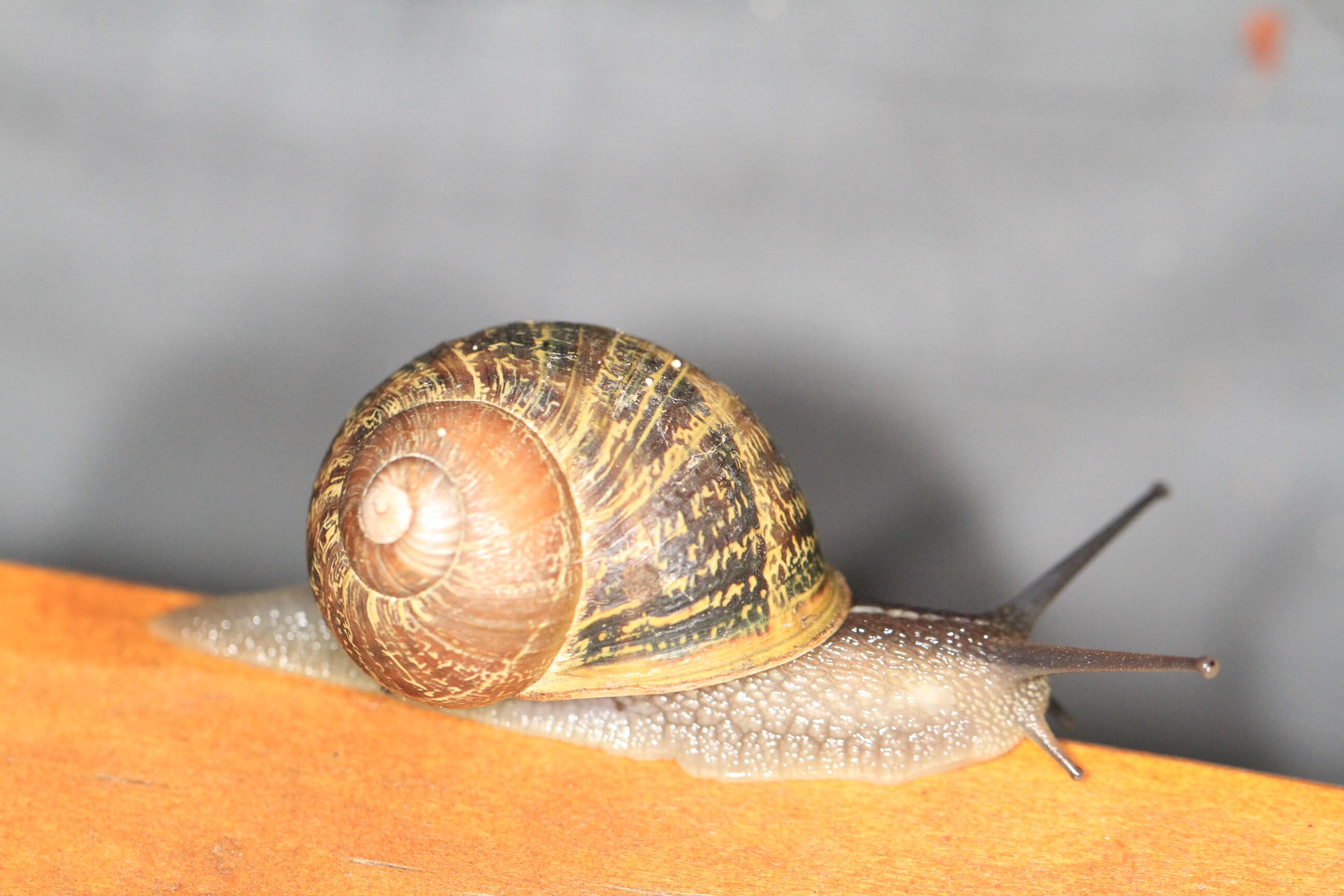 The most remarkable of our local snails is the Southern Carnivorous Snail (Austrorhytida capillacea). It is easy to identify by its curious flattened shell. As the name suggests this species feeds on other snails which it tracks down by their slime trails. Thankfully it has a particular appetite for garden snails so it can be the gardener’s friend. It is found in most parts of the Blue Mountains and will move into gardens as long as there is good shelter and no pesticides. So it’s one more reason to put native habitat back to your garden. 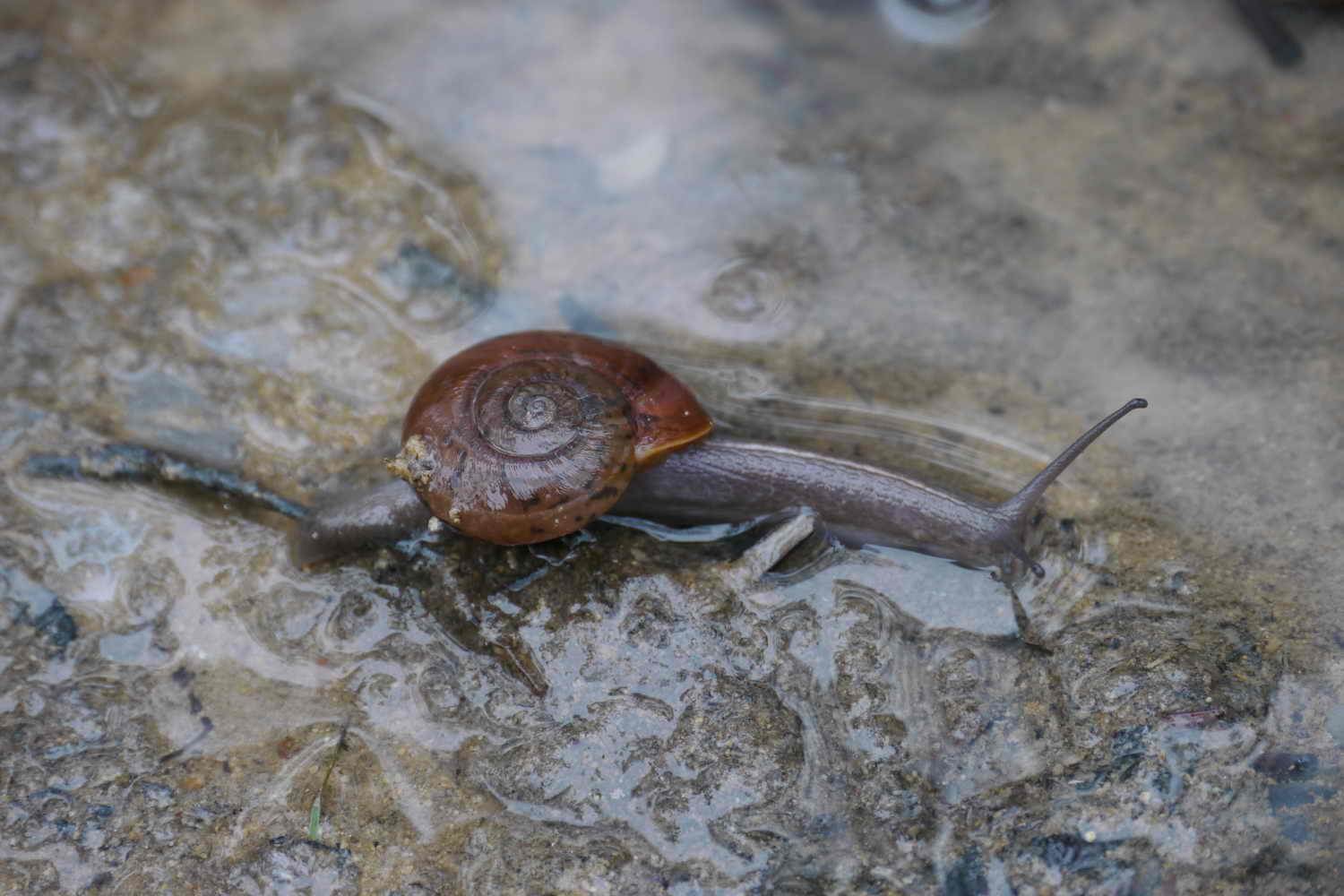 The Blue Mountains has the particular honour of being home to the Blue Mountains Land Snail (Pommerhelix monacha). This is a relative of the endangered Cumberland Plain Land Snail. We know very little about this species. It appears to be moderately common in damper areas including the edges of hanging swamps. 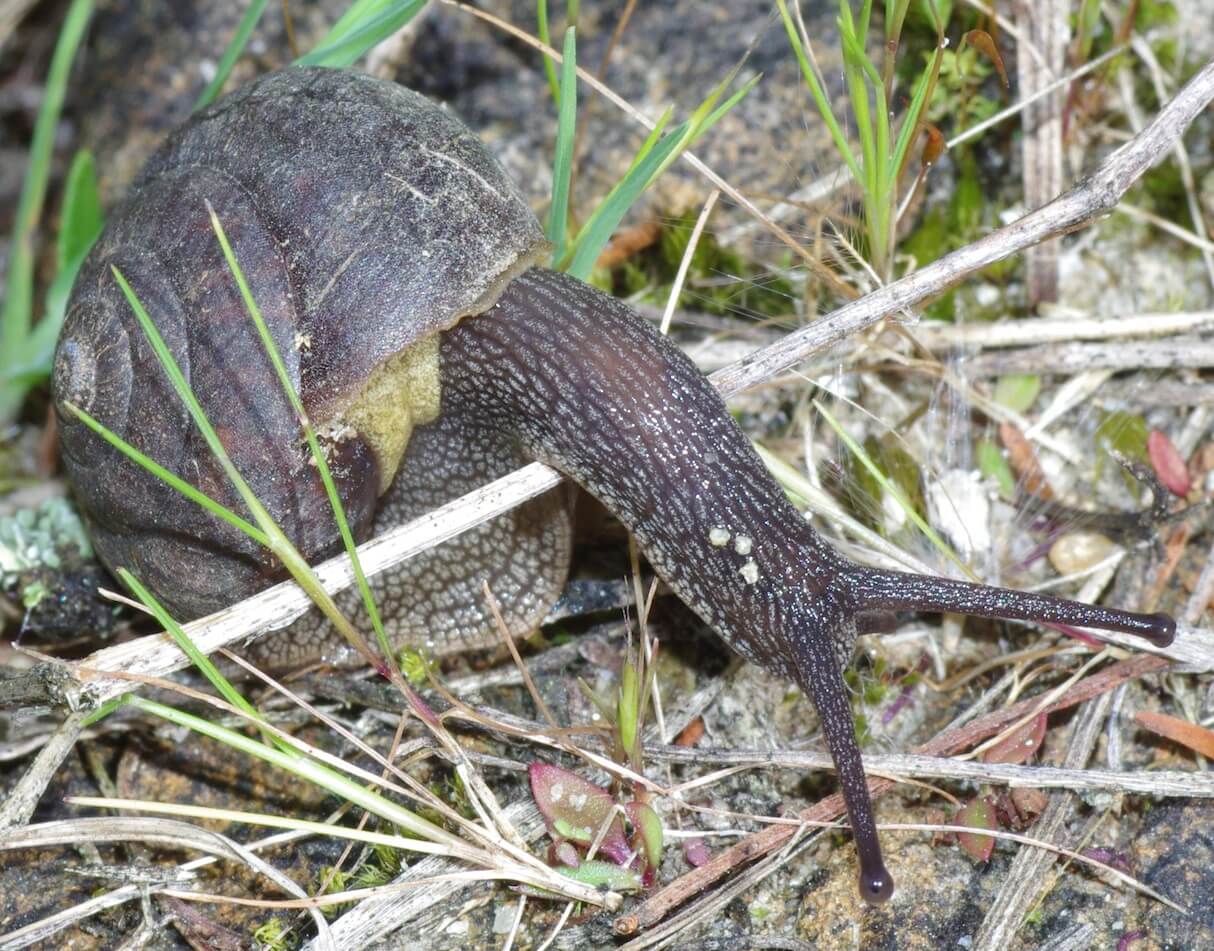 The Blue Mountains Land Snail is joined in the lower Blue Mountains by the ‘Dural Land Snail’ (Pommerhelix duralensis) which is restricted to shale-sandstone transition forest and Blue Mountains Shale Cap forest. This species is in decline and is under review for listing as an endangered species. 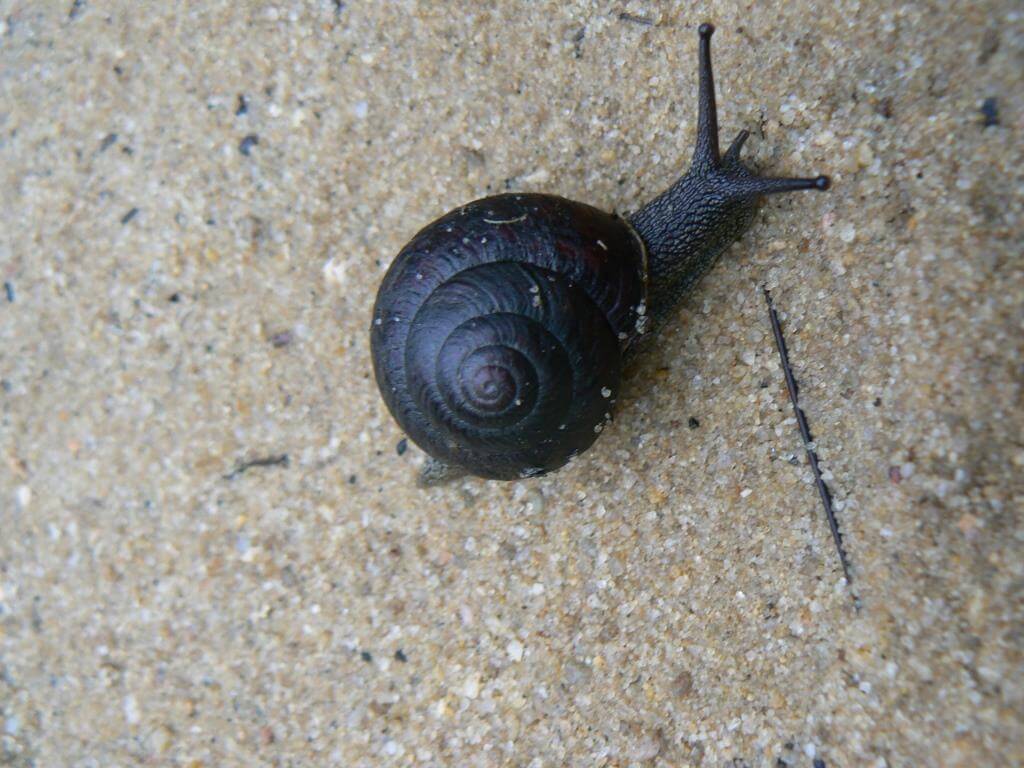 Next time you come across an empty shell give a second thought. Our native snails have a tough existence but there is more to them than meets the eye!