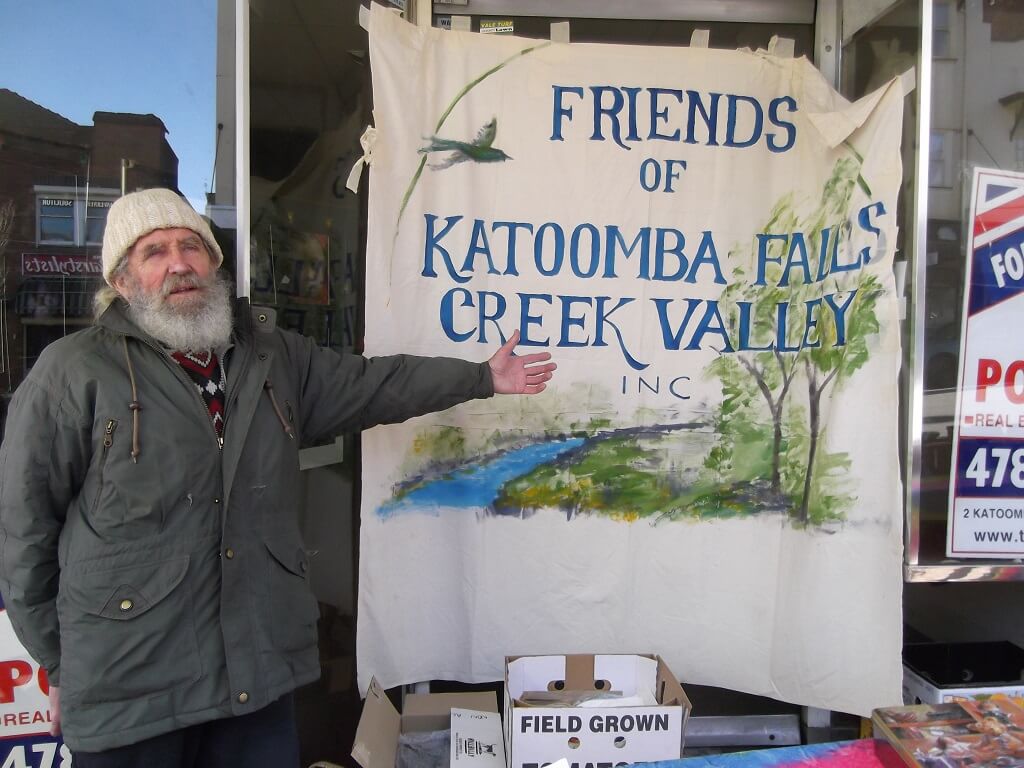 Neil Stuart was the founding member of The Friends of Katoomba Falls Creek Valley in 1989 in response to serious threats to the valley. He ran the Friends but he never dominated it, always listening to different viewpoints on the various issues, which confronted us. In 1990 we started doing a clean-up of tyres, dumped below Cascade Street just before Ian Kiernan launched “ Clean- Up Australia Day”, in which we then participated until 2015 after we found it hard to find rubbish!

In 1991 Neil introduced us to bush regen, which we then did intermittently until 1996, weeding and planting from stock Neil grew in his backyard. Neil held various positions in The Friends, settling for Secretary and Treasurer, a role he performed exceedingly well for many, many years, penning letters to various authorities at the drop of a hat.

In 1996 I assumed responsibility for the Friends’ Bushcare Group, when we began to work monthly for 11  months of the year. Neil attended regularly and enthusiastically on most of our rostered days and annual Clean-Up Australia days. Neil also enjoyed the camaraderie of our post work day lunches often leading the discussions which ensued.

We also needed to raise money for our activities, which we did by holding regular stalls in an often icy Katoomba Street. Indeed, Neil’s jams, which he produced prolifically and enthusiastically was always our biggest seller because they were very good. He even had regular clientele who routinely replenished their supplies.

Over the last few years of his life Neil battled with cancer, facing his end bravely and resolutely. In his last months he was supported with home care by over 30 of his friends looking after him, taking him shopping etc. He died on the 26th May, 2016. We will all miss him.