Congratulations to Margaret Baker for winning the inaugural Environmental Citizen of the Year Award by the Blue Mountains City Council. Margaret has been a tireless, committed and passionate advocate for protecting the Blue Mountains environment for over four decades. Giving her time as both a professional and a volunteer, Margaret has shown outstanding commitment to, and excellence in, education, life-long learning and the promotion of the natural environment.

Margaret has contributed to environmental education and advocacy over many years which has made an invaluable contributuion to the Blue Mountains community.

Margaret considers that her greatest contribution as an environmental citizen has been the education of many students in the TAFE system over a number of generations and courses.

When Margaret began at TAFE in late 1983, she was present at the launch of the Advanced Certificate in Outdoor Guiding and moved on to teach and manage Bush Regeneration, the Diploma in Natural Resource Management and Certificates in Conservation and Land Management. In just ten years employment in environmental areas in the Blue Mountains went from almost none to a new industry sector. Staff involved in training increased from legendary co-ordinator Jim Smith, with Margaret as a part-time staffer working out of a shoebox office, to a whole Environmental Studies Unit, with Margaret as its first Head Teacher.

Margaret said she “would want her Award to be dedicated to the many enthusiastic and visionary students who enriched her days and moved on to become paid and volunteer members of a now burgeoning environmental industry in the region and beyond.”

Bushcare Officer Monica Nugent, previous student and one of many participants in Margaret’s courses and field trips over the years reiterated these sentiments, stating “The legacy of Margaret’s meticulous, high standard of teaching and intellectual rigour is a generation of professional bush regenerators and Bushcare volunteers with the highest level plant identification skills, a deep understanding of the Blue Mountains landscape and appreciation for its value. By capably and willingly sharing her expert knowledge of the geology, botany, natural and human history of the Blue Mountains, Margaret has instilled a great joy for the flora and fauna and an enduring passion to care for it.”

The awards held at Broken Hill are where Landcare Champions from across NSW come together to celebrate impressive achievements in the Landcare community – celebrating incredible efforts to protect NSW land, water and biodiversity.

Grand champions of the NSW National Award categories will go on to represent the whole NSW Landcare Community at the 2020 National Landcare Awards in Sydney. Good Luck Megalong Public School!!

It is never a surprise that so many of our Bushcare volunteers are stand-out community members, not only for their commitment to caring for the bush but also for caring about their community, and 2017 is no exception. Four of our long-term volunteers received Senior Citizens Awards this year. 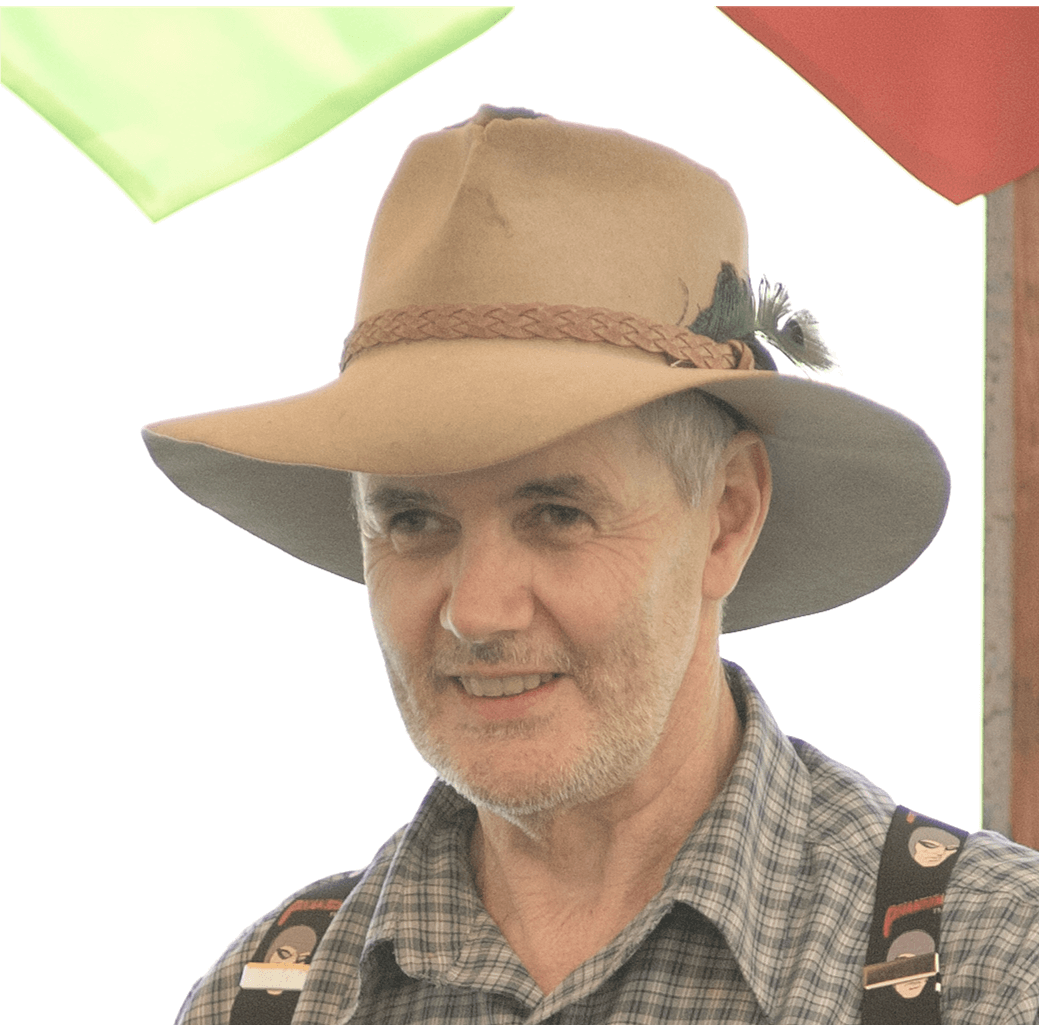 PAUL VALE is a very dedicated volunteer. He is an active member of the following Bushcare groups:

ROGER WALKER is a hardworking and dedicated volunteer with the Leura Cascades Bushcare Group.  He is also a long-standing and active member of the Leura Falls Creek Catchment Group.  Roger has also been the Secretary for the Leura Home Garden Club for about five years.  He has been volunteering in the gardens at Everglades since 2008.  At Everglades, he also volunteers  as a garden guide for tour groups and helps with front-of-house operations during festivals and events.

ERST CARMICHAEL is a very kind, generous and community-minded person, always willing to assist anyone where she can. She founded and was very involved with Friends of Lawson Action Group (FLAG) in the mid-nineties until approximately 2002 (a sub-group of CORE – Coalition of Residents for the Environment). Erst also helped establish the Association of Concerned Mid-Mountains Residents (ACMMR) and was very active in that organisation from approximately 2007 until just recently.

Erst founded the South Lawson Park Bushcare Group in 1995 and has been the convenor from that time. She has regularly participated in Streamwatch at South Lawson since 2005.

RAE DRUITT  was a founding member of the Wentworth Falls Lake Bushcare Group in 1988, and has been its Coordinator since its inception, ie 19 years. The WFLBG meets twice a month, on the second Tuesday for two hours in the afternoon, and on the fourth Saturday for three hours in the afternoon. She has been awarded a BMCC Bushcare Hard Yakka Award and was also a founder member of Sublime Point Bushcare Group back in 1996. She was a volunteer at the Native Plant Nurseries (one in Blackheath, 1995-2005, and one in Lawson, 1998-2005) of the Blue Mountains Conservation Society, during which time the Society grossed over $270,000.

Rae was one of the first Volunteers at the Cultural Centre when it opened in November 2012, and still works there on Tuesday mornings at the Front Desk. Rae also put in several years of volunteering at the Zig Zag Railway looking after the gardens and building a bush track (with information about native plants) for visitors.

As usual, Bushcare was well represented in this year’s BMCC Senior’s Week awards. Typical of Bushcare volunteers, these fabulous people were recognised not only for their commitment to looking after our stunning mountains landscape, but also for their many contributions to the broader community. 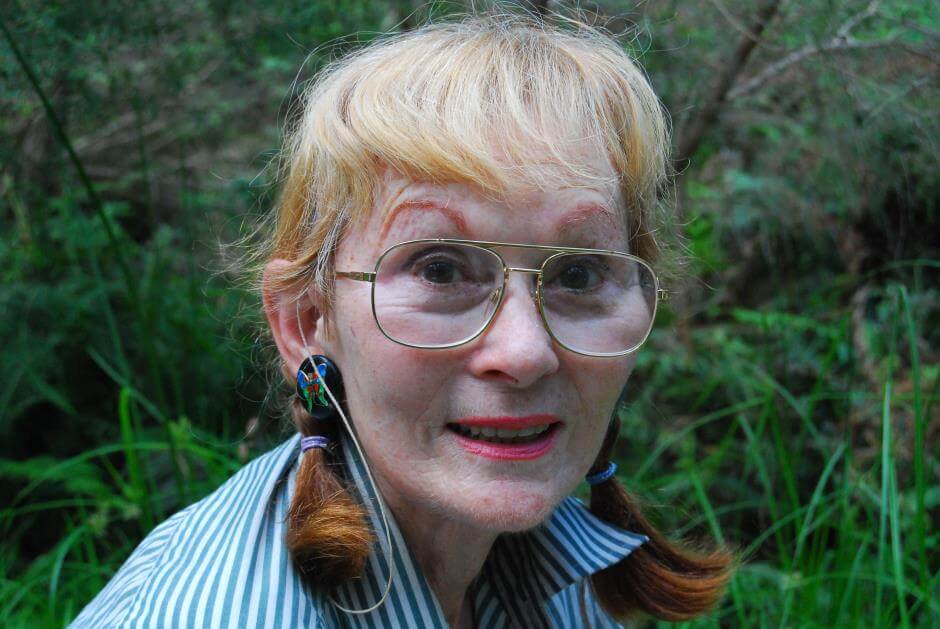 Morag has been a Bushcare volunteer for many years, working with the Water Nymphs Dell, Braeside, Gibbergunyah (Gloria Park), Coates Park and Horseshoe Falls Bushcare Groups. Over the years Morag has also been involved in many Bushcare events doing weed control and planting. She has also created some beautiful and artistic banners and bunting for Bushcare Groups and the Bushcare Picnic. Morag often provides surprise gifts to people. 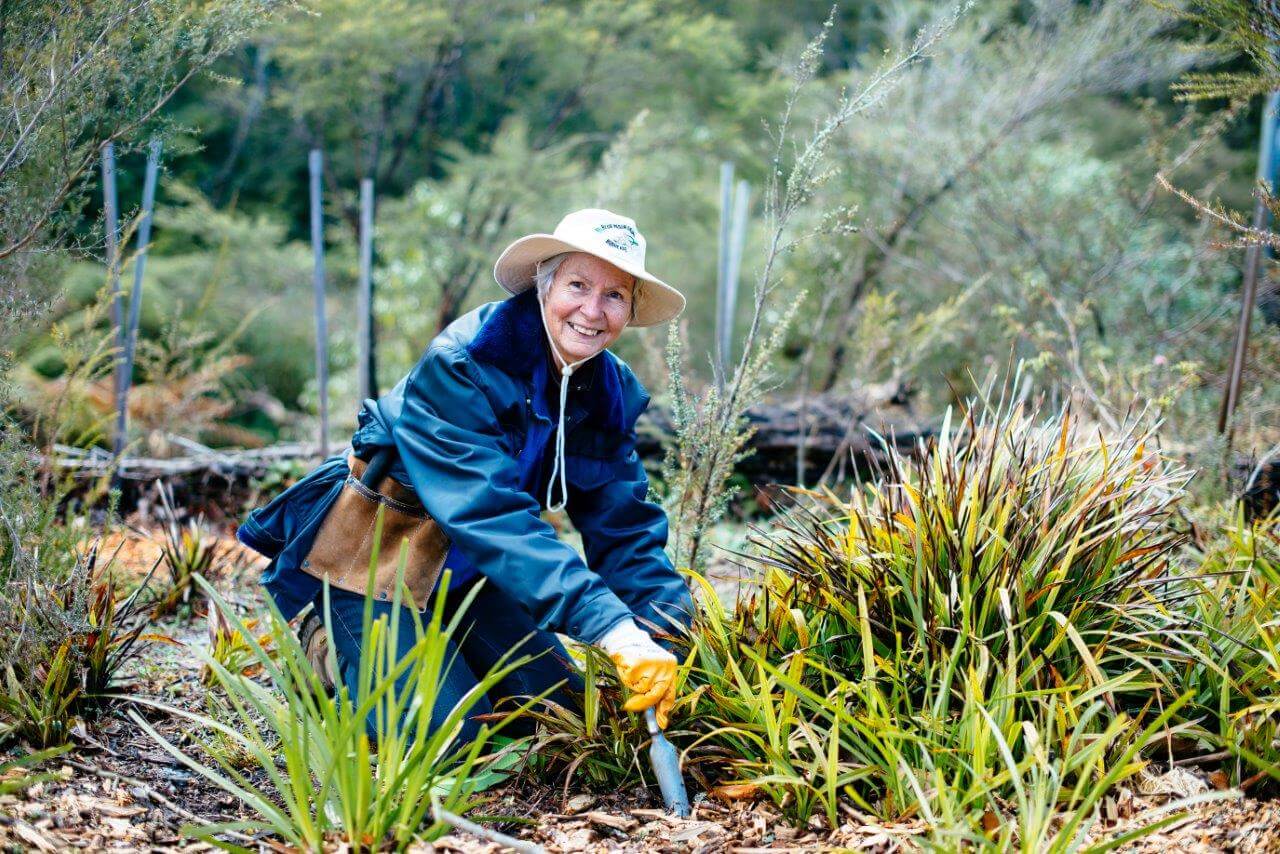 Susan is an active and dedicated member of the Vale Street, Cumberland Walkway and Woodford Glen Bushcare Groups, as well as Swampcare Events.  Susan also has a strong involvement in the Bushcare Network and the Leura Falls Creek Catchment Group. She also regularly volunteers at the Royal Botanic Gardens in Sydney to assist with their plant identification work. In recent times, Susan has been advocating to improve access of a pathway through a park in Hazelbrook to assist the local community. Susan also provides knitted items for the shop at Katoomba Hospital, which provides funds back into the Hospital. Susan collects cards, calendars and pictures to provide to a school in Malaysia, which the students use to make artwork to sell to raise funds. Susan also helps to care for her elderly Father.

Robert is a very dedicated member of the Everglades and Minnehaha Falls Bushcare and Landcare Groups. His meticulous and thorough approach makes him a valued member of all three groups. Robert also works at Everglades as a volunteer in the gatehouse and shop, assists with events, traffic marshalling and guiding visitors around the gardens and house. His multi-lingual skills are a great asset in this regard. Robert’s friendly and helpful nature makes him an important part of the Everglades voluntary community. 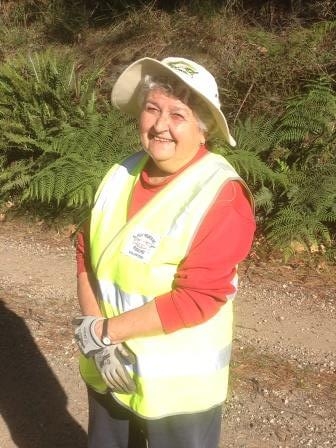 Bozena (Bea) has been an active, enthusiastic and regular member of two Bushcare Groups – Tree Fern Gully and Marmion Swamp (both in north Leura).  Her attendance has literally kept one Group going. Bea is also a great support to her local community – helping a neighbour and friend when they were very ill and walking the dog of another neighbour.

For those who came along to the Bushcare Picnic on the 13 April, it was a lovely day in the Megalong. We tossed a gumboot and found out about the waterbugs from the creek around the corner. We also honoured the groups that have been with us for 5, 10, 15 and 20 years, with our first ever 25-year service award being presented to Centenary Glen. Thanks to the Bushcare officers for cooking up a storm and to Amy from the Environmental Sustainability Team for running the water bug activities. Here are a few photos from the day. END_OF_DOCUMENT_TOKEN_TO_BE_REPLACED