As always, the Bushcare Team had a very difficult time deciding which of our very many fabulous volunteers should be recognised with a Mayoral Award this year but after much deliberation (and next year’s short list already drawn up !) the following dedicated, hard working, committed and all round wonderful people were chosen:

Members of both Leura Park Bushcare and Prince Henry Cliff Walk (attending twice month). Since discovering Bushcare by attending a bird walk and talk organised by Gordon Falls Bushcare several years ago, David and Helen have regularly attended and actively participated in bushcare in the Leura Falls Creek catchment. David and Helen are also strong advocates for Bushcare involvement at Springwood Bushwalking Club and frequently contribute to submission writing and often plan their holidays around Bushcare commitments ! 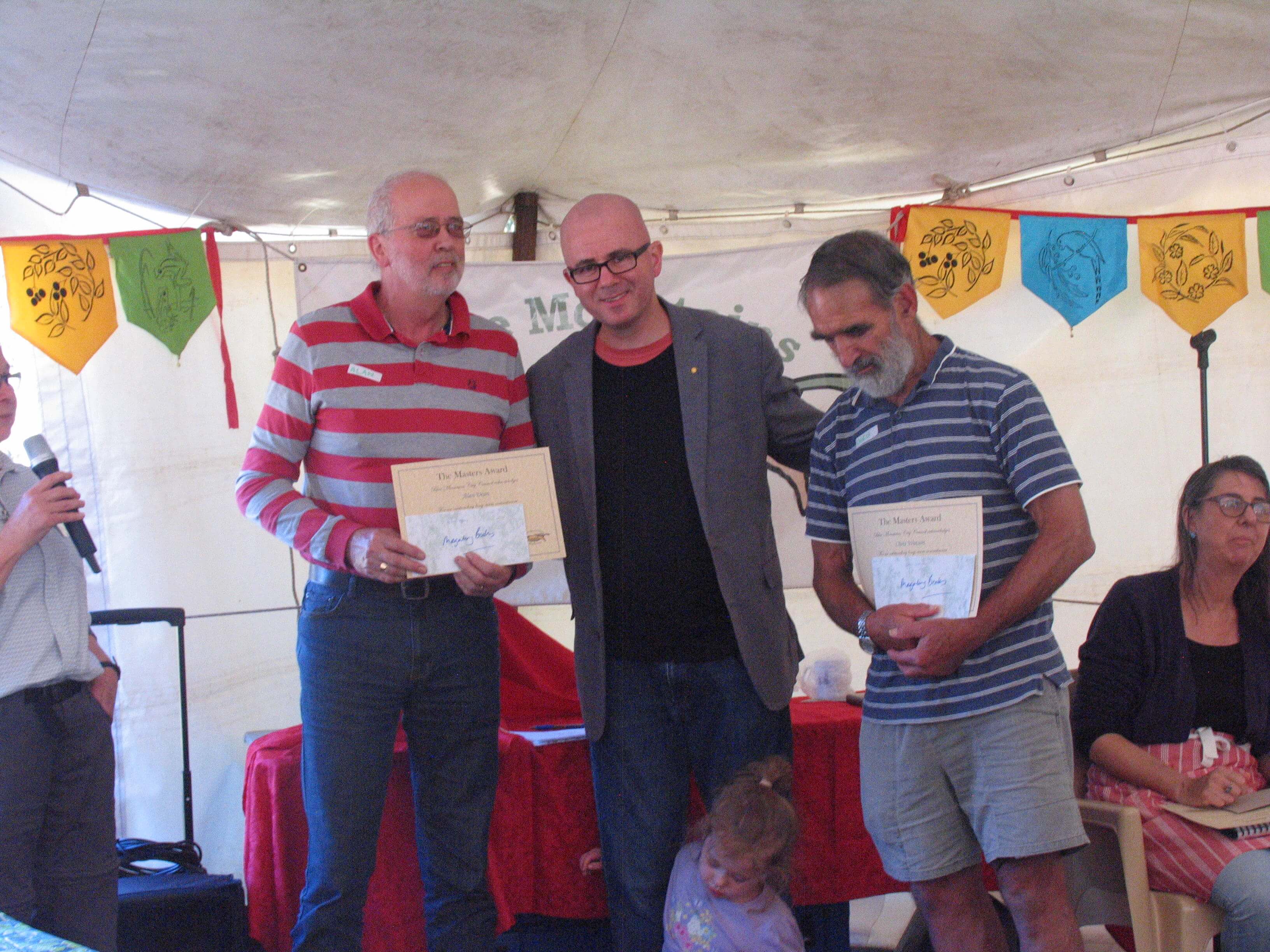 Chris Watson – Chris is a long-term member of Jackson Park Bushcare Group, but he undertakes a lot of additional work and monitoring in his own time.  His tenacity, stoic approach and excellent strategies keep this site looking fantastic!

Alan Dean – Alan is a founding and long-term member of Jackson Park Bushcare Group (almost 20 years).  He is extremely dedicated, hard-working and has been pivotal in transforming this site over time.

Both Alan and Chris undertake any work required on site, despite most weather conditions and difficulties of the terrain or weed infestation challenge.  They don’t even bother with an afternoon tea break!

Liam is a young and enthusiastic Bushcare member who has been involved with Garguree Swamp care for 7 years. He has spent these years connecting to country in many ways by watching and listening, playing and working to restore country.

He has a great sense of place at Garguree and his confidence is growing as he does.Liam has also spent 3 weekends wrangling sycamores at Jenolan

He has been involved in making Bee Homes and has attended a habitat workshop in Bilpin and the night before the Bushcare Picnic he spent the night camped out enjoying the bio blitz and spotting arboreal mammals.

All of these experiences enhance his natural ability and love of the natural world around him and we hope he is involved with Bush care for many years to come.

Growing up in the lower Blue Mountains helped develop a love which has inspired this person to both advocate , volunteer and work for protection of our bushland and all the creatures that live in it. This passion has led to volunteering over many years with Bushcare, Landcare & WIRES.

Karleen started Long Angle Landcare group & is a core member of the Fitzgeralds Creek Catchment group. She has strongly advocated for the protection of the Sun Valley / Fitzgeralds Creek catchment over the past two decades.

Karleen’s tireless advocacy has paid off over the years, with her work together with the Long Angle Group being instrumental in convincing Sydney Water not to proceed with plans to discharge sewage outfalls into Fitzgeralds Creek, and leveraging multiple grants to target weeds from their source points in Sun Valley all the way down the catchment to the confluence with the Nepean River.

Working in the bush regeneration industry for over 15 years, she has also extended herself to transfer her considerable skills to volunteer groups and to many Blue Mountains TAFE students, teaching Cert 3 Conservation & Land Management. She is well beloved and respected by many students & volunteers she has worked with over the past 10 years and through them has made a significant contribution to the local bush regeneration industry. 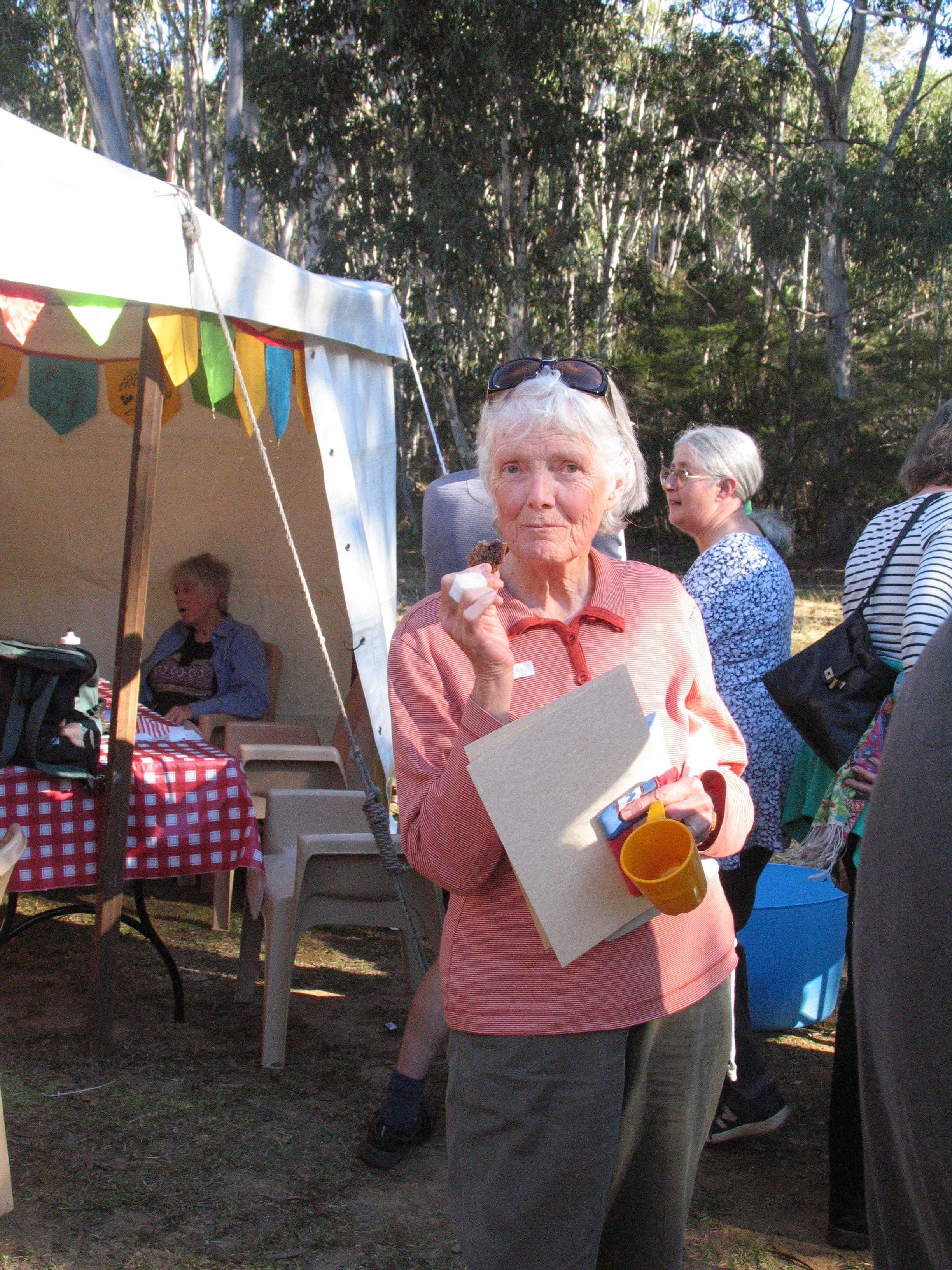 Shirley first started Bushcare  over 30 years ago with the National Trust at Middle Harbour (Roseville), in the early 1980s when living in Sydney.  She then worked occasional days in the Blue Mountains with ACTV (Australian Conservation Trust Volunteers).

Shirley Brown is a true Bushcare legend … she is currently a consistent member of 5 Bushcare Groups as well as many swampcare events.  Her commitment extends well beyond those individual sites through her contribution to catchment coordination and a myriad of other small but important tasks.  Most importantly Shirley has introduced many people to bushcare, bringing them along to one of her many groups – she has been involved with 10 groups over the years (at one time it was 8 concurrently).

After moving to the mountains, Shirley joined up with the Friends of the Blue Mountains which began in 1989, to weed around Echo Point, Jamison Creek, Darks Common and the lantana in the Lapstone Tunnel area.

She became a regular member of 2 local groups from their beginnings in the mid 90s – Lindemann Rd in 1995 and Valley of the Waters in 1996.

After her family commitments reduced she became more involved from 2004, joining another 5 groups, (2 of which she was a founding member):

Shirley is always keen to get stuck into the bush, and is always the first to head off and start work while the rest of us faff about getting ready and chatting in the morning. She keeps us Bushcare Officers in check, making sure we are aware of any significant weed or native species present in the work area, and letting us know if anyone in the group needs to get a lesson or reminder about plant id.

Whilst not keen on meetings, Shirley does recognise the importance of planning and coordinating and has contributed to the Govetts & Katoomba Creek Catchment Coordination Group since  Sept 2006. Shirley has been untiring in promoting Bushcare and sustainable living. For many years she assisted with editing our newsletter and she has been an instrumental advocate for disseminating the Safe & SustaInable Gardening booklet she helped to develop. 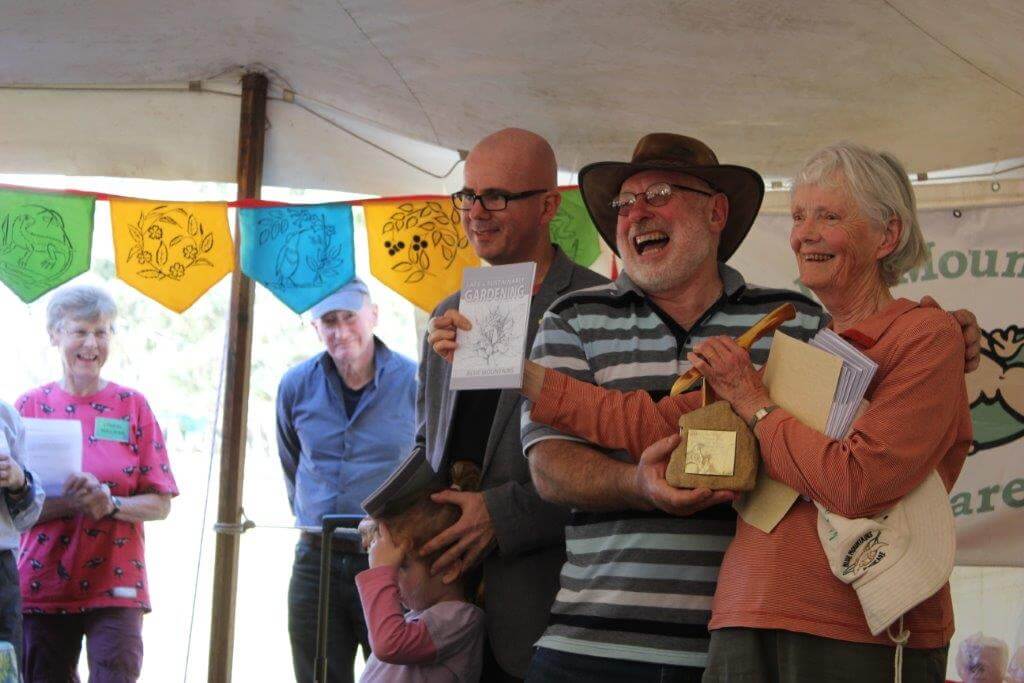