Over a number of years, I have walked the Victory Track along Saffasfras Creek from Faulconbridge to Springwood, exploring various tributaries and their associated gallery rainforests. On one occasion I was surprised to find, growing next to the track in the rainforest, a sparsely branched, medium-sized shrub with very large leaves, and observed that it looked a bit like a hydrangea. However, I had a feeling it was the native hydrangea and that I had seen a photo of it in Fairley and Moore (2000). I looked it up later, and confirmed that it was the native hydrangea, Abrophyllum ornans, a member of the Roussaceae family (F.Muell.) Hook.f. ex Benth. More recently, on two occasions, I have found individual plants near the track in the rainforest in different locations. 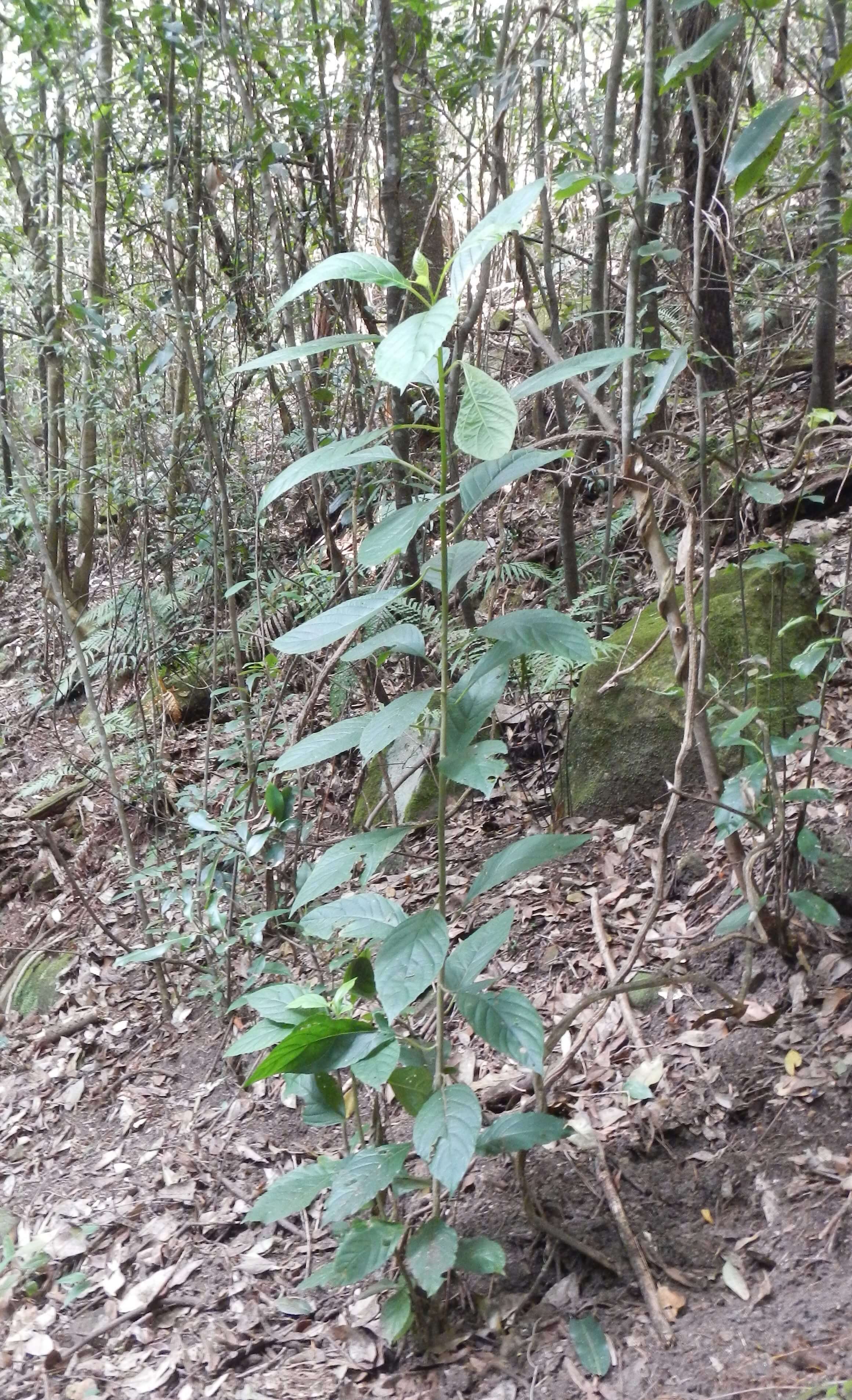 The most recent sighting was of a plant (photographed) regrowing from the base after having been sawn off near ground level by someone. It occurred to me that this may have been a case of a well-intentioned, but misguided attempt at weed control by a bush regenerator or bushcarer, as the plant does stand out as something unusual. This is thus a salutary warning that the native flora contains many plants that do not necessarily fit the mould, in terms of many people’s perceptions of what ‘typical’ native plants look like, and the need for bushcarers to exercise caution. If in doubt, when deciding whether a plant is a weed. It is best to ask someone with appropriate ID skills before taking action.

The native hydrangea is the only species in the genus (monotypic). The species has previously been included within the Saxifragaceae, and more recently, the Escalloniaceae (with possumwood, Quintinia sieberi). Shrubs or small trees to 8 m high. Flowering October–December. Its habitat is warm-temperate and subtropical rainforest, especially along smaller watercourses or in gullies on poorer soils. The natural range of distribution is from the Illawarra of NSW (north of the Shoalhaven River) to the McIlwraith Range in far north eastern Australia. NSW subdivisions: NC, CC, SC.  For the plant description see Plantnet:  http://plantnet.rbgsyd.nsw.gov.au/cgi-bin/NSWfl.pl?page=nswfl&lvl=sp&name=Abrophyllum~ornans

There are a small number of records for the lower-to mid-Blue Mountains, including one previous record from Sassafras Creek, Springwood by L.A.S. Johnstone in 1977. For Australian Virtual Herbarium map of records, where individual records can be examined, see: http://avh.ala.org.au/occurrences/search?taxa=Abrophyllum+ornans#tab_mapView